As a dual qualified specialist in construction and law, Richard is a ‘one stop shop’ - ideally suited to owning client requirements from start to finish.

Richard qualified as a Chartered Quantity Surveyor in 1991 having gained his first degree in 1988. He initially worked as a site-based quantity surveyor with John Laing Construction, before moving to Davis Langdon & Everest in 1990. He then read Law at London University and was called to the Bar of England and Wales in 1994.

At this time he also moved to EC Harris where he put his dual qualifications into practice specialising in construction and engineering claims and contract advice. He became an Associate of the practice in 1996 and Partner in 1998.

He was admitted as a Solicitor by the Law Society in 2001 and in the following year established Mills & Co Solicitors to provide high quality dedicated focus to clients.

He has a wealth of experience and expertise to draw upon as he has worked exclusively on construction and engineering law for the past 30 years.

Areas of key expertise include:

• provision of project support and advice

• defending and pursuing claims on construction and engineering projects

‘I honestly believe there's never been a more interesting time to work in construction. Project support and advice requires a deep understanding of our clients’ challenges and their requirements. At Mills & Co, our expertise means that we are able to make a greater impact on successful outcomes than ever before.’ 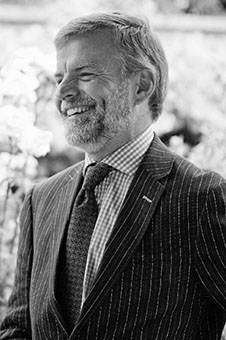 and regulated by: The Solicitors Regulation Authority (No.813970)